As my daughter’s pregnancy progressed, there seemed to be an expectation that I would organise a baby shower for her. After all, I was good at organising things like this.

I’d never organised a baby shower before though. Only ever been to one before. So my first question was –

What exactly is a baby shower?

Traditionally, a baby shower is only held for the first child. Phew!

And it’s usually organised by the child’s grandmother. Yup, that’s me!

A baby shower is a way to celebrate the expected birth of a child by presenting gifts to the expectant mother at a party.

In fact, the term ‘shower’ refers to showering the pregnant woman with gifts. This tradition became popular after WWII to serve the economic function of providing the mother-to-be with the goods needed for the baby’s arrival.

We actually chose a theme. We created a library for the baby by each bringing a favourite book, either from our own childhood or one we’d enjoyed reading to our own children. Everyone seemed to love doing this – it made them remember all those books they hadn’t read in years. We chose ‘Six Dinner Sid’ and ‘The Bear Under The Stairs’. My friend made a pair of book ends with cross-stitch decoration. My new grandchild already has a library of over 50 books and she isn’t even born yet!

So how did I go about organising this baby shower?

I chose a venue close to home – a local cafe, Watergate Cafe, renowned for its fab baking, which catered for us. We ordered matching baby shower decorations and games from Party Delights.

2. A couple of games

We played ‘Guess the baby food’ – which met with mixed reactions, especially when I got muddled up and fed a chicken meal to vegetarians. I was mortified!!

We also had a game of ‘Pin the dummy on the baby’.

During the event, we passed round a ball of string and some scissors and everyone guessed the current circumference of the baby bump. Most of us over-estimated by a long way – ‘How fat do you think I am?’

3. A couple of activities 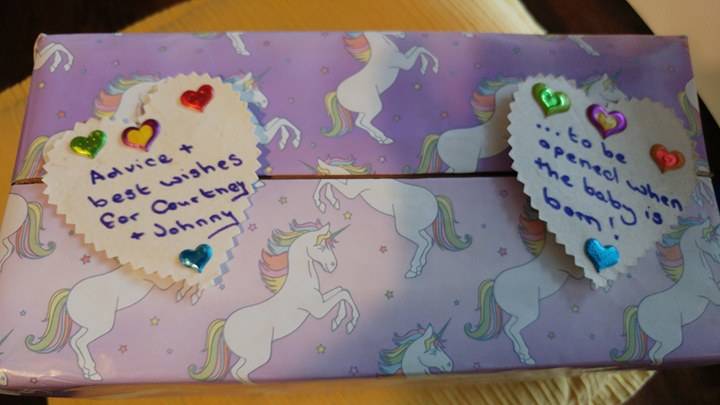 There was a decorated box  – decorated with unicorns, obviously! – in which to put advice and best wishes for the new parents which is not to be opened until the baby is born,

We also had a sheet where everyone could guess the date, time, weight and length of the bay on arrival. That’s one we won’t know the winner of for a few weeks hopefully!

4. Lots of time to chat over a cup of tea

Family and friends had come together from quite a distance. Many hadn’t seen each other in quite a while. They didn’t want me organising too much. They wanted time to socialise.

5. Creating a library for the baby

I mentioned it before but that was a great idea. Those books will accompany the baby on the first few years of her life. If she develops a passion for books like her grandma, I’ll be happy.

So that was my first baby shower to organise. I’m so glad it went well. With five kids of my own, I have a feeling it may not be my last! 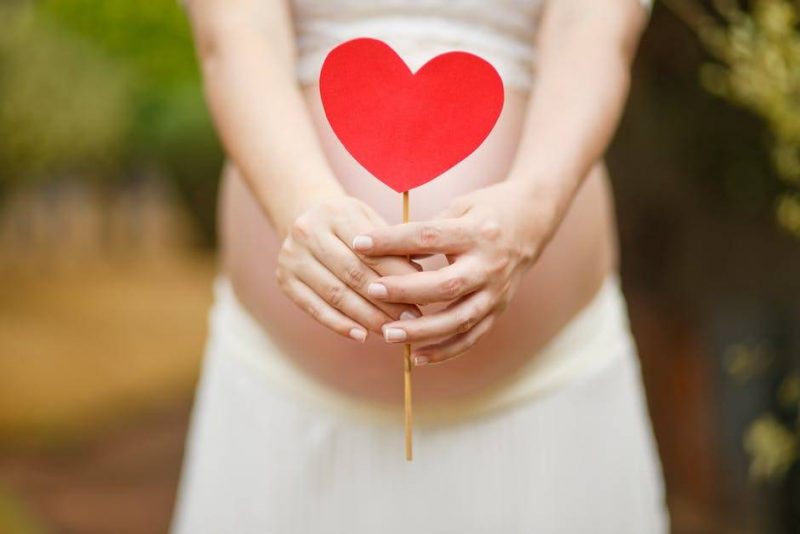