I’ve had my velvet crush for as long as I can remember. I had a velvety teddy that became threadbare by the time I was three. I still have a patchwork velvet waistcoat I treasured in my teens.

It’s not the look of velvet, it’s the feel. Rubbing velvet between my fingers is the ultimate comfort. It’s an irresistible urge. If I see velvet, I have to touch it.

For me, what I wear is as much about how it feels as how it looks.

Apparently, according to Wikipedia, ‘velvet is a type of woven tufted fabric in which the cut threads are evenly distributed, with a short dense pile, giving it a distinctive feel.’ Sounds less soft and delicious than it feels.  And then there’s crushed velvet – another level of sensation altogether. I have to be in the right mood for crushed velvet – it messes with my senses somehow.

Velvet is seen as luxurious. Because of its unusual softness and appearance as well as its high cost of production. Throughout the centuries, it’s been linked with nobility, ecclesiastical vestments, royal and state robes, and sumptuous hangings. I read that in 1399, King Richard II of England directed in his will that his body should be clothed in velveto. I’d love to do that too. I have just the dress. A high-necked black velvet dress with lace sleeves. 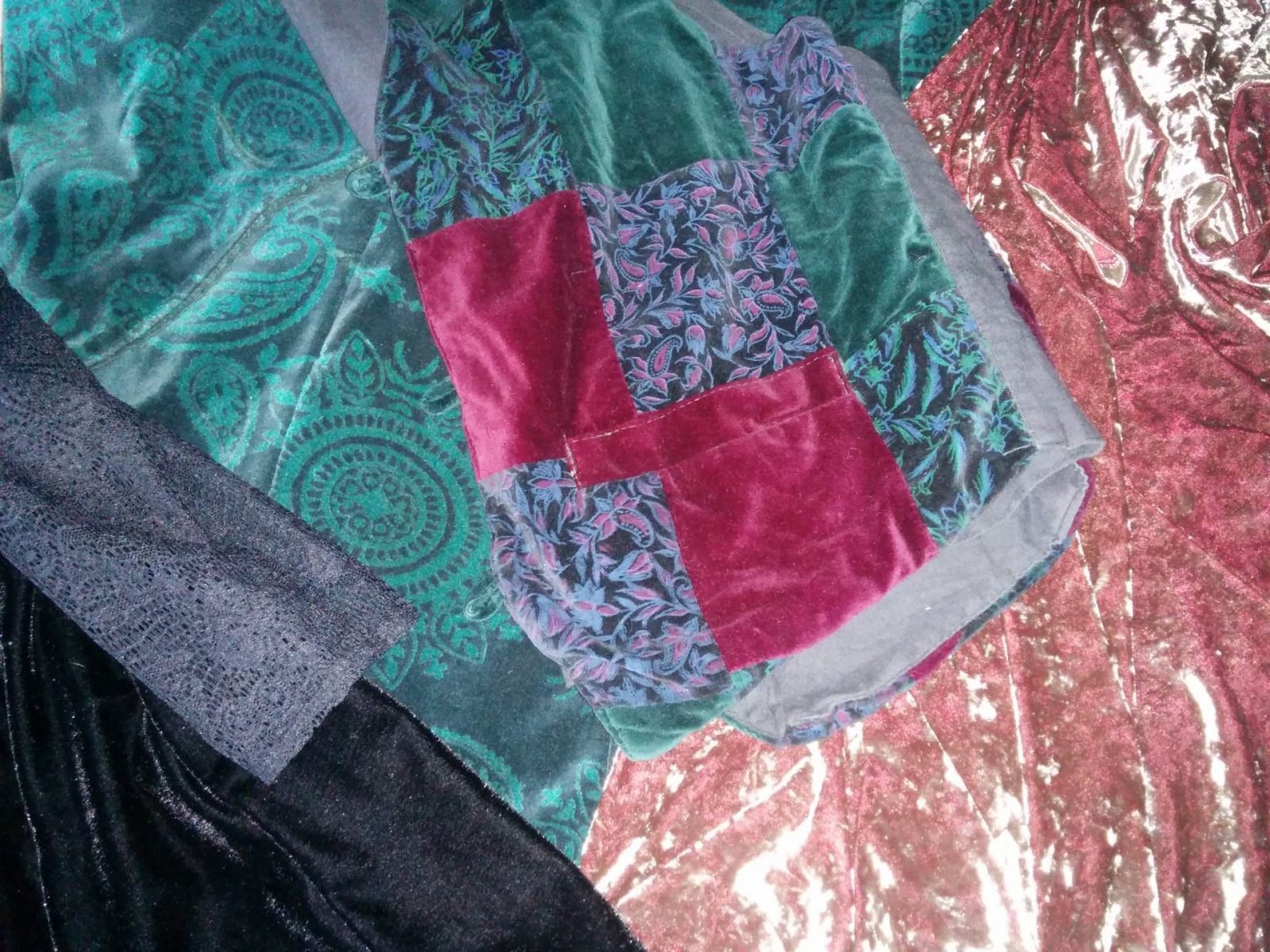 That dress was my first purchase one minute past midnight on New Year’s Day after a year of not buying any clothes at all.

I don’t wear it to look noble or part of the rich crowd. I wear it because it feels unbelievably amazing. I have a green paisley velvet coat that feels (and maybe looks) divine. I feel special all wrapped up in it.

You can always find velvet somewhere if you look hard enough. This year, however, you don’t have to look hard at all. Velvet is everywhere. On the High Street and the red carpets. Just this last week, Emma Stone wore a chic black velvet dress for Variety Studio: Actors on Actors in Los Angeles.

Now I have to allow more time for shopping. I can’t make it through a clothes shop without touching every velvet item that I see. I have to put my hands in my pockets to stop me touching other people wearing velvet. It’s a real issue!

So forgive me if I’m wearing velvet every time you see me.

It’s one of my greatest pleasures of this season. 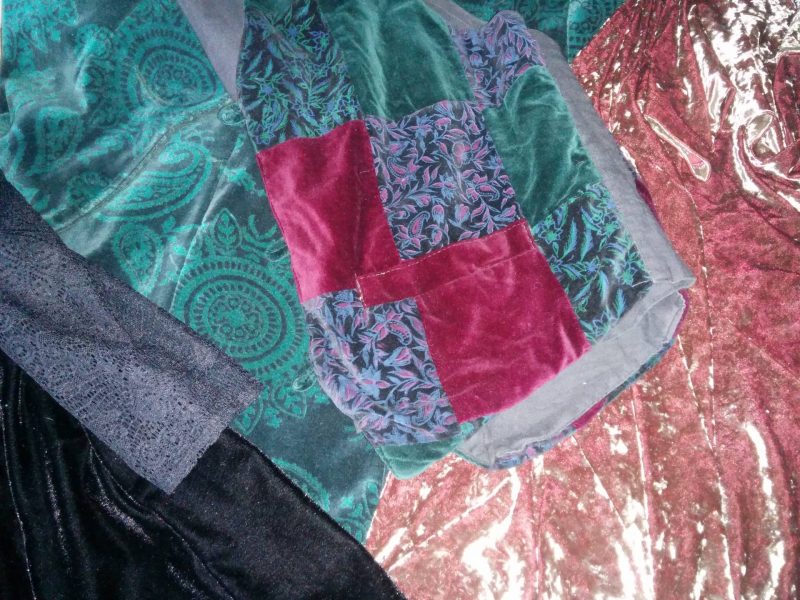