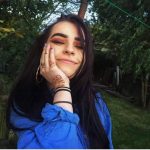 Have you always been into clothes? How did you dress as a kid?

Growing up with three brothers meant that most of the time, I was outside getting mucky and collecting slugs, so fashion wasn’t really on my mind in the early days. We did have a fantastic and slightly bizarre dress up box full of fancy dress outfits and accessories my parents had collected and bought for us over the years, which resulted in some rather strange outfits.

I don’t remember having a particular interest in the way that I dressed up until the age of fourteen, and at this point, I began my metamorphosis from a style-ignorant kid wearing head to toe charity shop finds, into a style conscious teen – still wearing head to toe charity shop finds: the difference was, I was beginning to feel determined to create my own ‘look’ and I remember thinking I wanted it to be distinct.

If I could go back and keep an item of clothing from my childhood, I’d like to get my hands on the beige corduroy flares (Cancer Research UK special) that I despised at the time, but in hindsight, I realise that they were absolute gems. Maybe all the pairs of rainbow coloured glitter jelly sandals too, which I would 100% still wear today.

Now that I think of it, you could probably find items just like that in the very charming children’s vintage inspired Little Bird Clothing by Jools Oliver, which I think is rather lovely really – some looks (jelly shoes and flares) are just timeless.

Who over the years has influenced and inspired the way you dress?

I think my interest in style and appearance stems from looking up to females as I was growing up and being utterly in awe of their seemingly effortless ability to blend their personalities with their appearance and create an entirely unique look. Florence Welch, the ever ethereal and elegant frontwoman of Florence and The Machine, has given me my love for all things vintage; her wardrobe is an incredible combination of recycled designer and vintage pieces, and after many years of being in love with her music, her wardrobe, and her beautifully delicate temperament, I am still starry-eyed anytime I watch or read interviews with her. There’s a fantastic peak into her home in this interview on Youtube –

It’s fascinating to see how someone so creative derives their inspiration from what’s around them, which reflects both her music and her style. To me, that’s what style is. Producing an aesthetic by absorbing the things around you that you find inspiring and creating something entirely original and tailored to you, by you.

Other influences for me have been the likes of Amy Winehouse and Lily Allen. Both are perhaps less delicate and more unapologetic in their forms, yet still have a mysterious air of femininity about them that’s difficult to put your finger on. Having worn winged eyeliner nearly every single day for the past five years or so, it’s fair to say that Amy’s appearance has been inspiring to me. 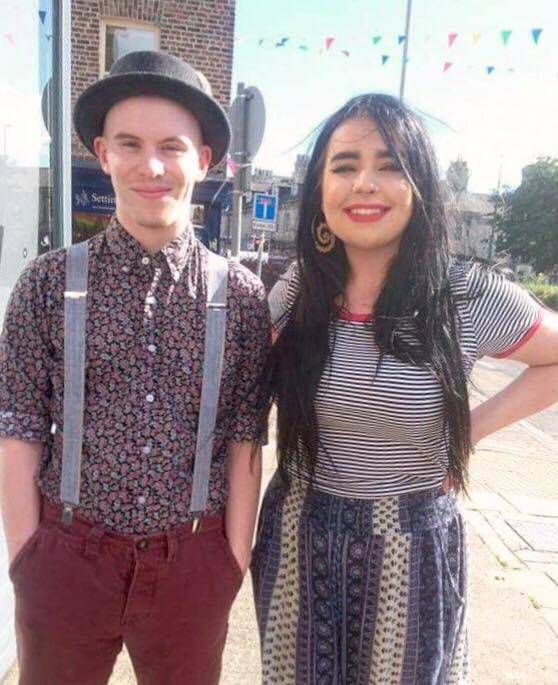 I think it’s difficult to summarise my look as it’s so varied and some days, I can put hours into getting ready and some days, I make no effort at all. And of course, our style is often a fluid thing, it rarely stays the same throughout our lives, which is the beautiful thing about it. I would say that I have a vintage inspired wardrobe, and most days my outfit will have some element of vintage or retro in it.

How do you define the word ‘vintage’?

To me, ‘vintage’ means something is the real deal, anything labelled as vintage is an original piece with history attached to it, and so usually if it’s a genuine vintage piece, it’s pretty valuable. Being on a student budget means that I more often than not buy retro clothing, the difference between retro and vintage being that vintage refers to the construction of a piece, whilst retro refers to the appearance. This being said, I guess the term ‘vintage’ can be pretty subjective and when it comes to vintage, the worth placed on an item can often be relative to the individual that wears it. Feel free to use that as an excuse for buying the piece you’ve been eyeing up for a while – if the tag says it’s fifty pounds and it’s worth fifty pounds in your eyes, it’s definitely not a bad idea to spend your last fifty quid on it, right?

Where do you buy your clothes from?

After having a root around my floordrobe, I’ve realised that the majority of my clothes are either charity shop bargains or floaty woaty cutie tootie things from the very much overpriced Urban Outfitters (fear not, clothing connoisseurs, 99% of the bits I buy in there are from the sale rail).

Where would you never, ever dream of shopping for clothes?

I don’t think I’d completely rule out any stores, with the exception of places like Sports Direct, but that’s mainly because I have no reason to be buying active wear (who needs exercise anyways) and the lighting in those shops makes me feel like I’m under a huge ugly strip light surrounded by garish coloured skin tight ‘breathable’ running clothes. AKA an absolute nightmare.

What was the last item you bought?

I can’t remember the last item I bought, which is good news because I’ve obviously managed to wrestle my clothes shopping addiction into temporary restraint. However, I have just had a little rifle through my best friend’s bin bags full of clothes that she was donating, and claimed at least one third of them to add to the ever growing floordrobe. I now have a wonderful pile of floral patterned trousers and crop tops to add to my own collection, which are the perfect kind of clothes as I can wear them for pyjamas AND get away with wearing them in public. What more could I ask for? 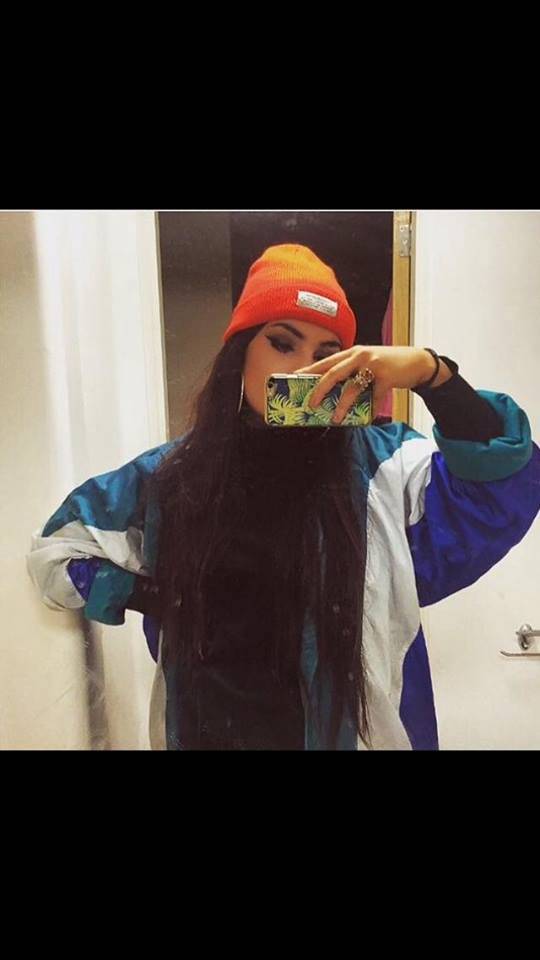 And what’s the favourite piece of clothing you’ve ever owned?

The first thing that came to mind is an incredible shell jacket that I found in Retro Vintage Clothing in Newcastle, which is in a lovely little corner of High Bridge Square, (and is without a doubt one of the best vintage shops I have ever been in) about four years ago and I have worn that jacket to death. It now has more holes in it than it has solid pieces of material, which I tell myself just adds character, but I’m probably starting to look less cool and more hobo the more I wear it.

It’s incredibly difficult to pick just one favourite item, so I’d like to say my favourite(s!) are the vast collection of knitted grandad jumpers I have, with patterns that are so ugly that they’re pretty, which have been solid staples in my wardrobe for a very long time, and I imagine will continue to be. At one point, I counted how many I had and I’m slightly ashamed to admit that it was just over thirty. Since then, I’ve put a few back into charity shops for some other lucky souls to appreciate, but I just can’t help dipping into Oxfam and eyeing up the men’s rail like a cat at a fishpond every time I walk past.

What do you think the way you express yourself through your clothes says about you?

It probably says something like ‘wow, she really does not give a hoot about coordination, does she?’ or ‘why is that girl so shamelessly wearing bright green flowery pyjama type trousers with a cropped glittery purple knitted jumper and socks and sandals?’

What’s your most important accessory?

Literally the most important part of my appearance most of the time is the ten million rings I’m wearing and the larger than life gold hoops that never leave my lobes, PLUS all the various piercings I have put in my face and body.

I find that you can wear the most plain simple outfit and as soon as you put on some beautiful jewellery, you can feel like at least one hundred dollars (maybe not a million, depends on the day). The brilliant thing about jewellery is that you can buy it for mega cheap and most of the time, unless you get the dreaded green finger, nobody would be able to tell.

I remember someone telling me once that the key to wearing jewellery properly and elegantly is to ‘put three items on, take one off’. My motto is more like, ‘put at least eighty percent of the jewellery you own on your body, keep it there, and don’t worry about looking ‘elegant’.’