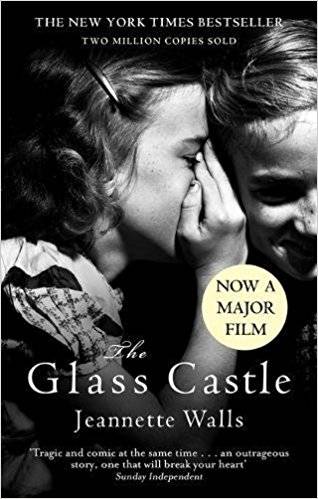 I’ve just read ‘The Glass Castle’ by Jeannette Walls. And I absolutely loved it.

If you plan to see the film, I urge you to read the book first. I cannot imagine how the film could possibly even come close to the book. It’s all about the tone, you see. The story’s told – this true story that cannot be true and yet is – by a daughter. A young daughter at the start of the book – an unreliable narrator who doesn’t know any different and who thinks that she’s living a normal life. Why wouldn’t she? It’s all she knows. As she grows older, she begins to see that her life is not a normal one, if there is such a thing. But she is loved, particularly by her father: affirmed by him, even though he’s a drunk who struggles to ever hold down a job.

And so Jeannette writes about her childhood with affection. It’s not all bad. Some of it is pretty bad, but these kids are so resilient and have been raised by their mother with immense self-confidence that they will always find a way to survive. But some of the time, life with her parents is wildly exciting. Her mother is like a child herself, living every day with a sense of simplicity and wonder. She remains an enigma to the end: it really is as if she chooses to live the way she does – and to make her kids endure the harsh consequences of her decision.

If you were to see the young Jeannette with her dirty clothes rifling through the bin at school to find food to eat, you’d be quick to draw conclusions about home life and her parents, I’m sure. We all would. We would never expect to find a mother who loves to paint and read and write, a father with an incredible mind and scientific knowledge. Society wasn’t made for people like this. They don’t care enough about what other people think. They despise conventionality and refuse to live anything resembling a ‘normal’ life. They don’t ‘care’ for their kids in a conventional way – they don’t even meet their basic needs. But they do care: they’re proud of their kids as they grow up and make their own way in the world. They want to be near them, to support them as best they can. These are not selfish people: misguided maybe, damaged themselves most probably, but generous and open-hearted and brimming with optimism. 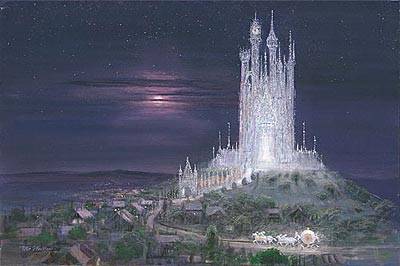 The glass castle becomes a symbol of Jeannette’s dad’s dreams of a better life  – a wonderful structure created and designed entirely by himself that will never, ever be built. A symbol of that drive that affirms that life can be better than this.

I have to admit that I could see myself reflected in this style of parenting at times. Not on the same scale of course, but I found myself understanding what it is to get engrossed in a book and forget to pick the kids up, to write rather than clean the bathroom, or to shake out a shirt in the morning rather than ironing it. I don’t care enough about conventional standards either, I don’t think. But I do know how to laugh with my kids and enjoy spending time with them and make an adventure out of nothing…and maybe these things do count for something in the end.

This is a beautifully written book, which is why you need to read it rather than watch the film. There’s a warmth that I can’t begin to describe. A horror too, but an admiration for Jeannette and her siblings who find a way to make this life they were born into work. It must have taken a huge amount of courage for adult Jeannette to write this book, so that everyone will now know the way in which she was brought up and the the way her parents continued to live after the move to New York. I hope she’s been met with the understanding and admiration she deserves.

It’s an incredible story, yes, but it’s not just a story. It’s a life, a life that Jeannette and her family are still living.

That’s why we all need to treat it with respect.