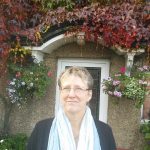 One of the pluses of my age is the events tailored to tempt me. My friend and I set off for two hours of fun at Dance City. Yes, it was the once or twice a year Dance City Over 55’s Taster Day! We arrived for two hours of exercise – yippee – and were greeted with the words ‘Hello, would you like a coffee or hot drink ? ‘ A fab array of herbal and green teas were also on offer, accompanied by a custard cream. What a great way to start a class. The first session kicked off with Pilates. It was a wonderful warm up with a wonderful teacher. Ballet followed, with the first five positions being our aim. The graceful arm movements were relaxing and toning. Tap was a brisker session with lots of fun. Finally came Salsa with a sinuous lady, who walked us through the basic moves. Her mobile hips were in tune with the music. Feeling energised, we finished with the promise to join a class. What a fab way to spend a Sunday afternoon dancing – and all for £2!

On Saturday night, we decided to have a film night. My grandson chose the DVD- Mall Cop II. Not normally a fan of corny American cop films, I put the popcorn in the microwave, poured a drink and sat back. After a slow start with an American mall cop attending a mall cop convention with his daughter, there was a crime gang stealing the famous art at a hotel. There were some hilarious slapstick moments, where we all shrieked out loud. It was definitely a funny film at the end. I will now have to buy the first film as it is even funnier, according to the grandson. 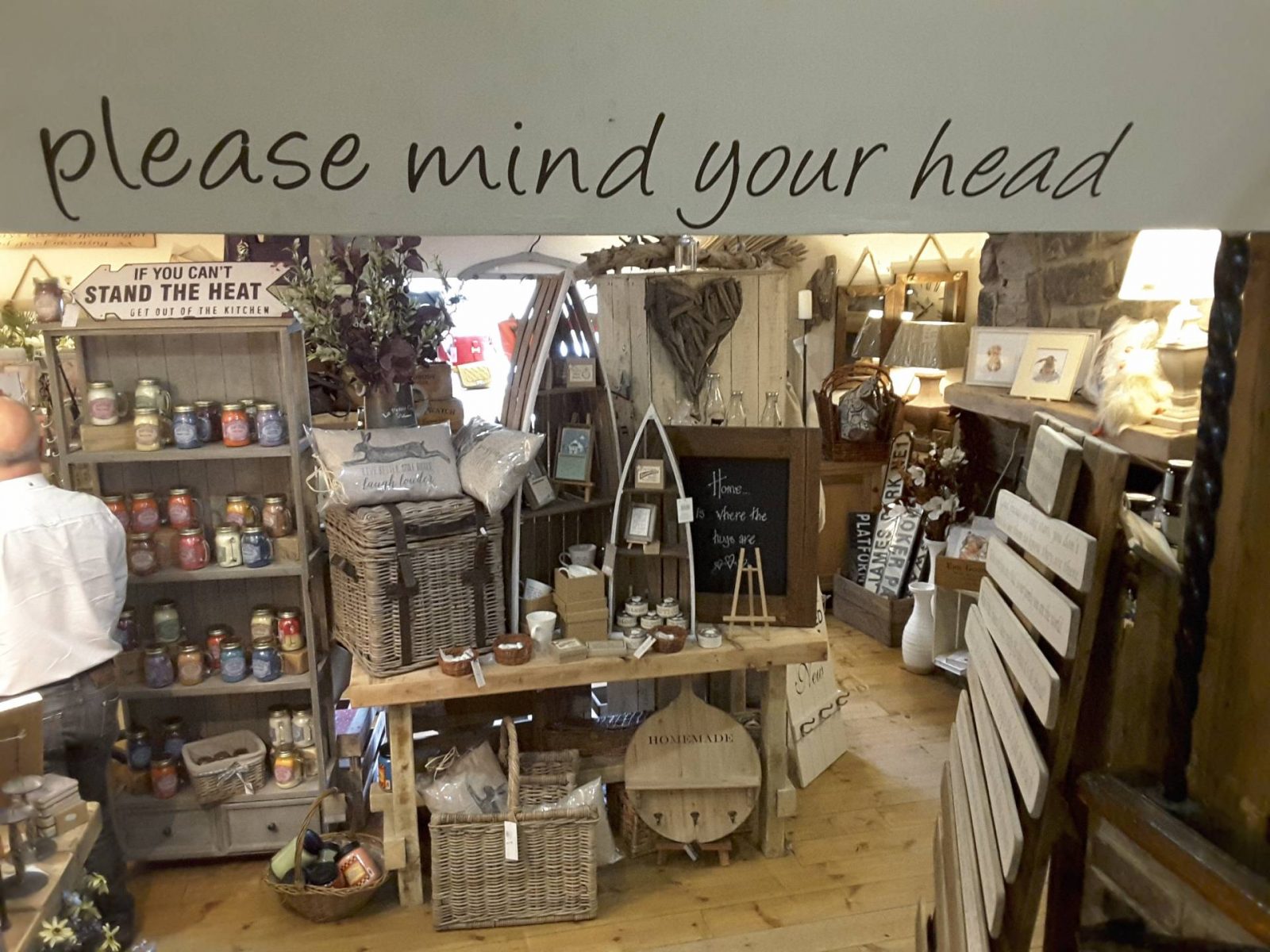 On my quest to try new coffee places, I visited Tanfield. There, nestling in the village, is Bayberry Hollow, a cafe and country furnishings and gifts shop. What a delightful place! After a ham and coleslaw sandwich for me and carrot and coriander soup for my friend, I was full. The home cooked gammon and coleslaw with salad oozed out of the seeded bun. Yummy! The soup was also good, but neither of us then had room for the dazzling selection of scones. The three eating areas were needed for the constant stream of ‘ladies who lunch’. Haha! The shop was full of tasteful design ideas for the home and gifts. I left two hours later, smiling and happy. I shall definitely take the other half next week. He always benefits from my quest to visit new places. We will have to try the scones and coffee next time. 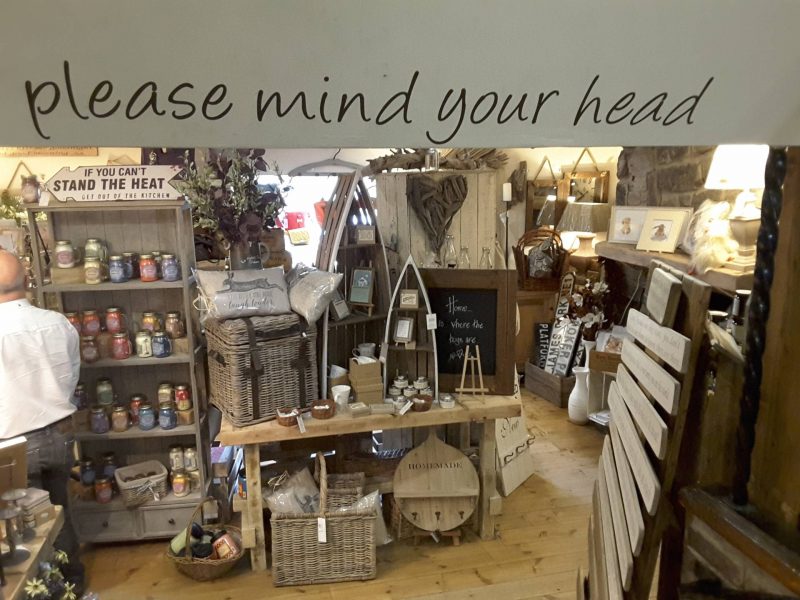 I first met you just before my eighteenth birthday. So I’ve known you the whole of my adult life – over thirty years now. Crazy or what! We’ve seen some things, haven’t we? Done some great stuff, been to some great places.

I remember that day we first met. In that back room in that shop in North London. I was so nervous. I had a choice to make and I wanted to make sure it was the right one.

You were the one. I don’t know how I knew but I knew. I’ve never doubted it. We just fitted together. We always have.

I called you Hamish, do you remember that? Not the best nickname when you were already over a hundred years old. And French.

In those early days, I put in the hours to really get to know you. To bring out the best in you. I wanted it to be perfect. I yearned to be with you above all else. When we came together, something special happened. There was a connection. You reached down into my soul. You expressed what I could not express. I didn’t have that connection with anyone else, with anything else.

And then other stuff got in the way. Other people. Other commitments. Other priorities.

Time passed. My life changed. You were still there but I didn’t even really see you any more. Didn’t touch you. Didn’t connect with you. When I caught a glimpse of you out of the corner of my eye, I still treasured you and what we’d had, but couldn’t bring myself to think about all that. I think I knew it would hurt too much to remember all that I had lost. 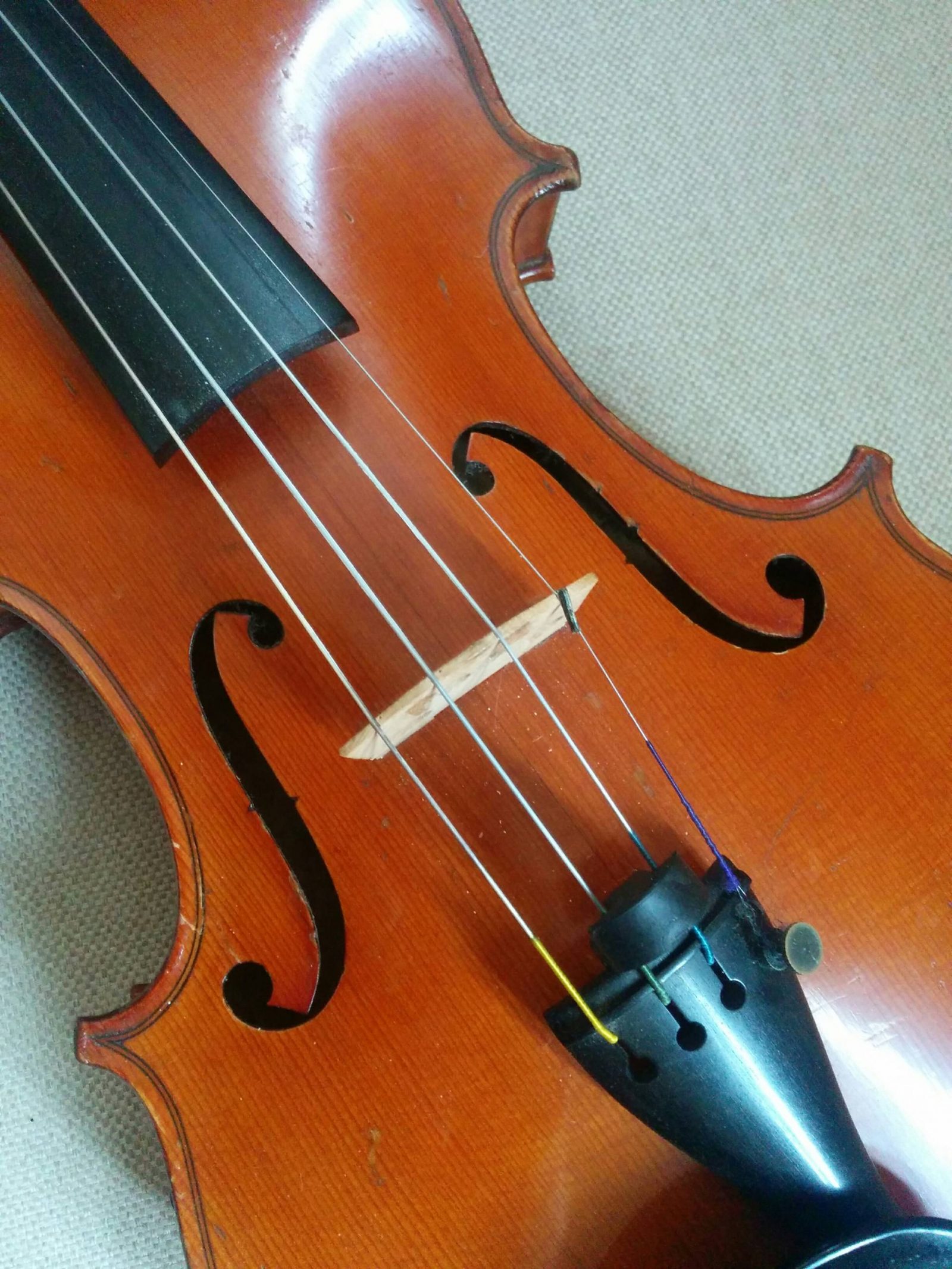 I’m scared though. I nearly back off and walk away. I’m scared that it’s not going to be as good as it used to be. Scared that I can’t do this any more, that I don’t have this in me any more.

So I start small. Start simply. I take it slowly. A few precious moments of reacquaintance. It is not as it was, not straight away, but there’s a stirring of a remembering. Something rings true. Something resonates deep down inside. I realise then how much I’ve missed you.

I’m sorry for all the wasted years. So sorry.

It will never be the same again, I know that. It’s been too long. Too much has happened.

But for now, let’s enjoy this moment.

It’s so good to have you back in my arms. 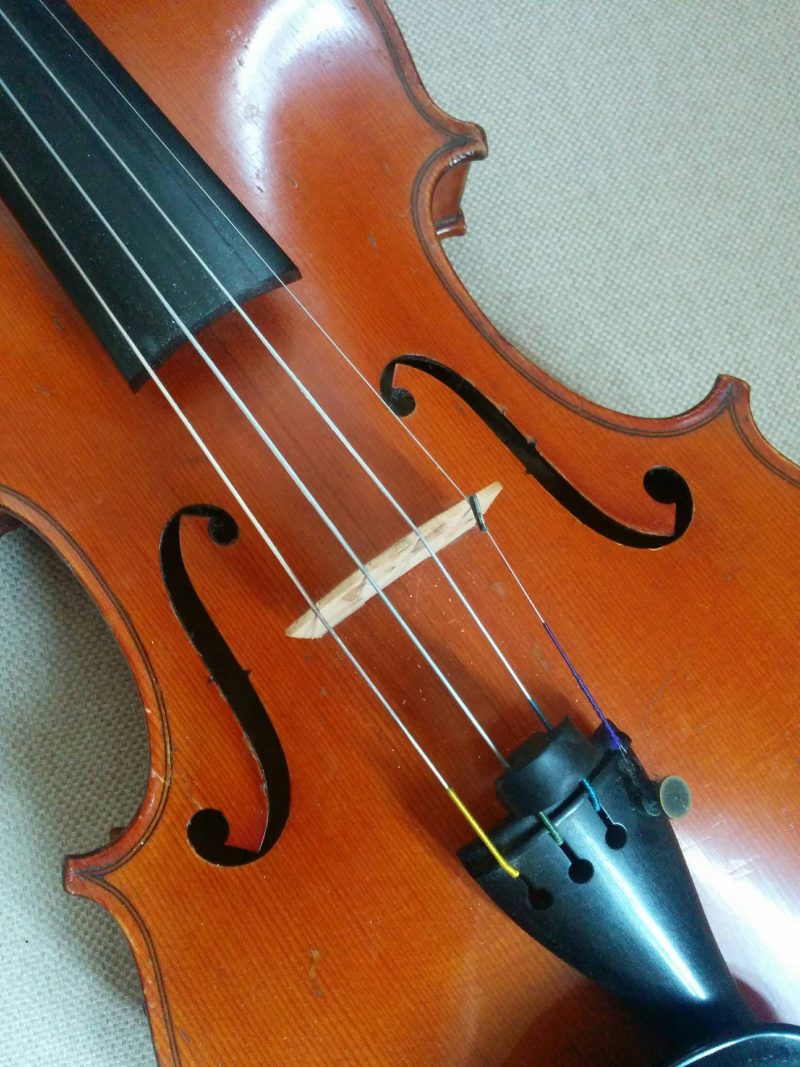 We all have one or maybe two, so what’s yours?

Spring and Summer are always a struggle for me. My anxieties rise and I wish for it to race along so I can breathe again.  I have phobias, overpowering phobias and I don’t do heat and I just find it all a bit, dare I say it…..boring.  Blue skies are lovely, but nobody ever described summer weather as exciting! 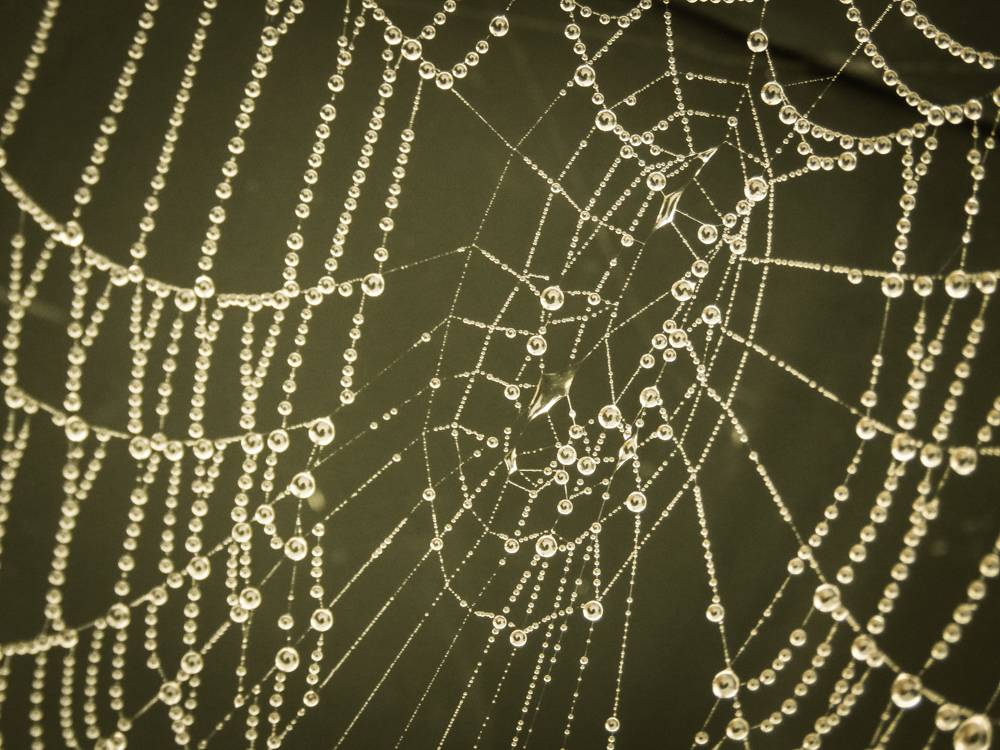 So for me, Autumn and Winter are amazing.  I love the dark nights and the drop in temperature, putting the winter duvet on and wearing jumpers and thick socks.  There is something calmer and cosier about Autumn.  I get to wake up in a room full of orange glow as the sunrise happens late enough for it to be my alarm. Walking to school listening to Mr Robin making his presence heard. Slowly things start to change, the colours on the trees, waking up to find the world has mysteriously vanished into a blanket of fog, spiderwebs everywhere draped in watery jewels.

So tomorrow when you leave for work, lift your head from the floor and look up. Look at the clouds and the leaves and the spiderwebs and tell me it’s not beautiful. 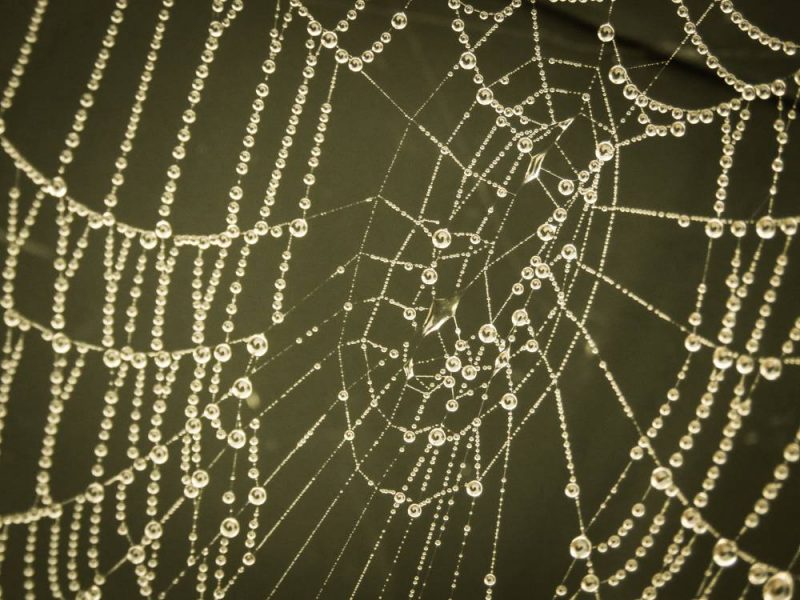 One of my favourite days out is a day return train trip. Last week, I went to York. 9.42am is a very reasonable time to catch a train. My friend and I chatted for the seventy minutes non stop, as it was at least a week since we last met up. Walking round to the cathedral in the sun is like a triumphant march. 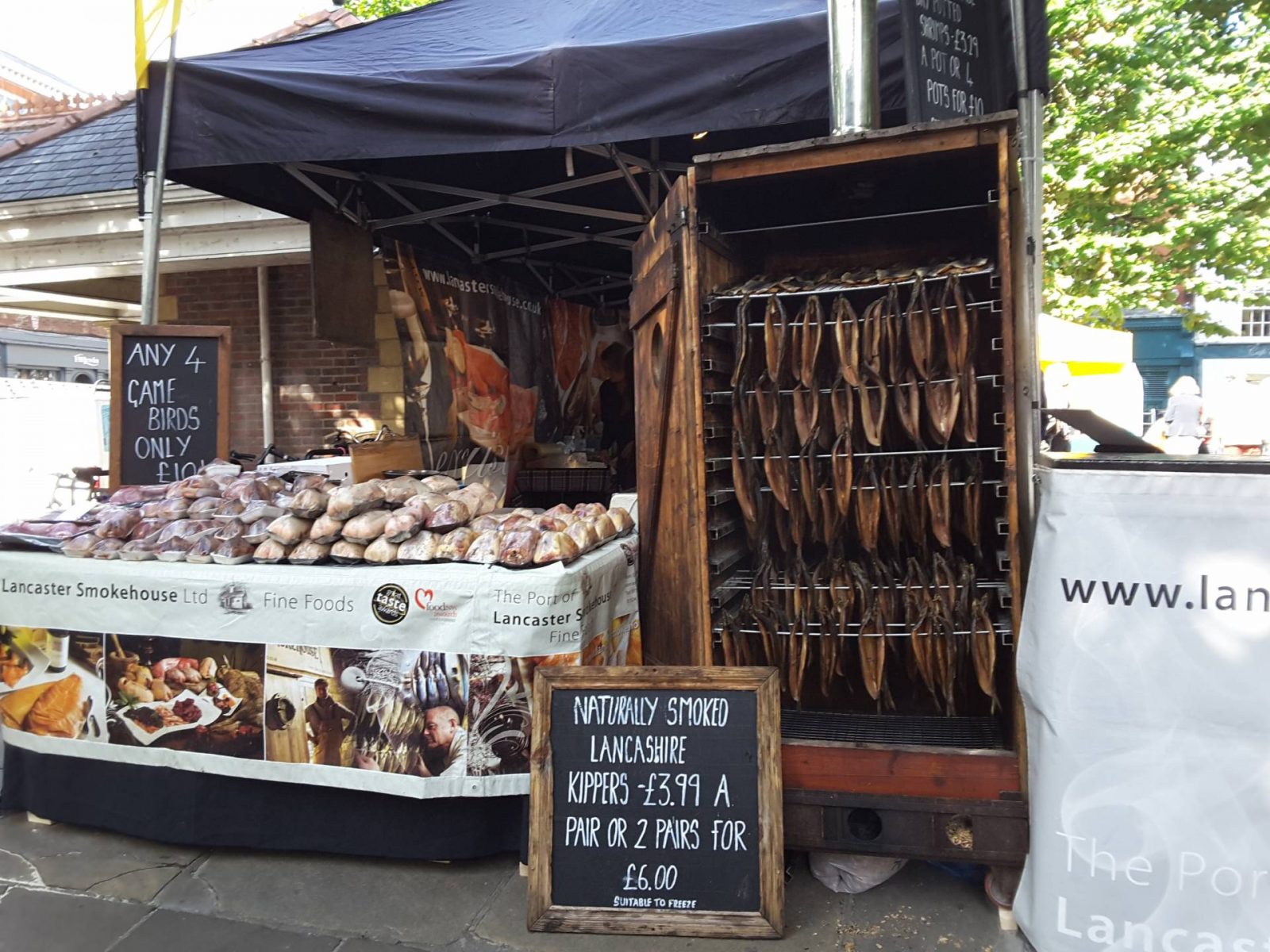 The York food festival filled the square from Brown’s to the far end. We found the demo marquee and sat in the front row. The cook Hansa Dabhi bustled in, set up and cooked two vegetarian curries. The overhead mirror gave a great view that matched the cooking smells and running chat about the food. The samples afterwards were delicious. As a cook, over the last thirty years, she’s used only female cooks not chefs, no diplomas, only recipes handed down from grandmother to mother to daughter, in her restaurant in Leeds. Her whole ethos was fascinating. Next was a glorious Italian lunch in the conservatory overlooking the garden in Lancashire Vecchia Scuola. Then after a short stroll along The Shambles, we headed for a boat cruise. The late afternoon sun reflecting on the river was delightful. Choosing coffee and cake at Bettys and then a return train, I arrived home, chilled and carefree.

I have to confess I enjoy watching singing and talent shows. Switching on America’s Got Talent to watch the finale, I was happy to see ‘Tape Face’. This slim man with spiky hair and blackened eyes to highlight many expressions had made the finale for his funny act. There is a large strip of tape over his mouth. Yes he does not speak at all. For the finale, the song ‘Lean On Me’ played. Using four male contestants, Tape Face sat the men facing the four walls. Tape Face wandered around them, building an air of expectation. He tilted them and helped them to lay back, interlocking an arm. The shock and confusion was hilarious, as they folded down into a human origami box. Then Tape Face removed the folding stools to leave the four men boxed in, held up by legs and arms. Shocked and unable to move, they gasped as Tape Face checked his drawing. I screeched with laughter. Briskly replacing stools and lifting the men up, they were also laughing. It was so funny. Each week his innovative ideas have amused and charmed me. Pure slapstick all done with facial expressions!

Drive through Stocksfield, turn left and three miles of country roads later, you will pull into Wheelbirks Parlour. After vegetable soup, the main star beckons. I love ice cream in any shape or form! As the farm keeps jersey cows, the ice cream is luscious. Raspberry honeycomb with strawberry was my choice. My friend chose peach and raspberry. We sat quietly; consuming, comparing, sighing. Of course we visited the baby Jersey calves in the barn, with their velvet brown eyes. They regarded us, then disregarded us as they chewed hay – such beautiful creatures. I now have to take my husband to visit the orchard and the barns, and of course test another two flavours. Haha ! 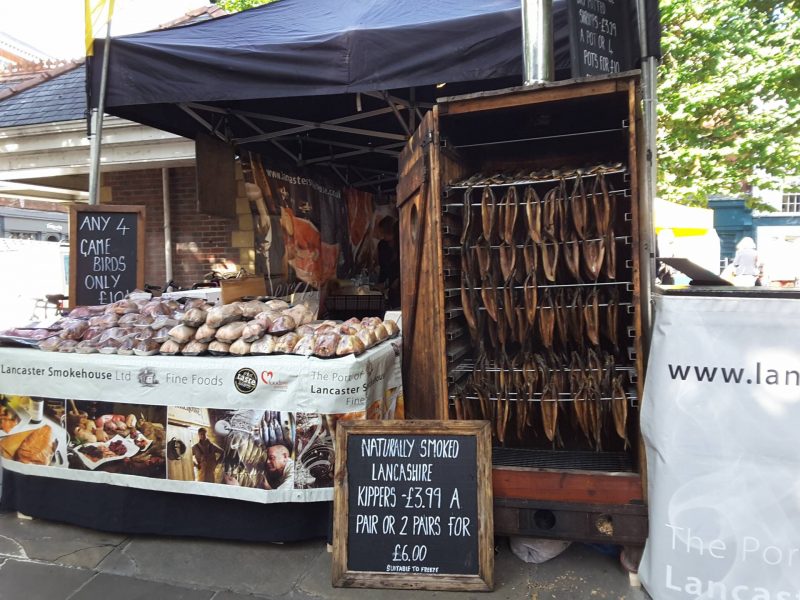